All poster presentations will be available in the fully interactive 3D interface even for the next 3 months after the end of the live event.
Ceremonial announcement of the winner for the best poster award here.

For the first time in Europe, you will participate in a fully interactive 3D Congress interface, which is offering a space with large, so far unparalleled information potential. It allows mutual communication of Congress participants, not only via chat, but also via video calls, further it provides poster presentations and other possibilities, including virtual exhibition booths. An exceptional opportunity for visitors is also the availability of the Congress in a fully interactive 3D form for the next 3 months after the live event, which will enhance the outreach of the presented information. 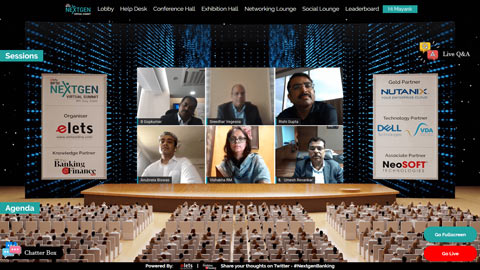 Important item on the Congress agenda was inauguration of the Platform 2020 Prague in full operation. The Platform is a global information database, aiming to facilitate information exchange in the area of TCIM, and last but not least to take part in establishing a safe space for communication with EBM. The Platform contains Section Library, Science and Research, Education, TCIM in Healthcare, Legislation, Media, Union of TCIM Supporters, Platform Organization. More details can be found here. The whole project has been extensively discussed on a global scale, for example during various events dedicated to the problematics of TCIM in the British Parliament, European Parliament, WHO, Italian Senate, at meetings of ANME, EUAA, ISCMR, and at prominent international congresses. To obtain more relevant information from the area of TCIM, the publication Alternative Medicine (CAM) in the World is available for you, bringing for example resolutions of all important institutions such as WHO, WHA, European Commission, European Parliament, in a fully indexed form, including information from the most prestigious scientific medical databases, such as Cochrane or PubMed.

MEMBERS OF THE PRESIDIUM:

The members of the platform establish a common united information space and service for all traditional, complementary and integrative medicine (TCIM) branches to the patients’ benefit and their free holistic approach to health. https://platform2020prague.com

Held under the auspices of the Capital City of Prague

We thank all partners for your support!

ALTERNATIVE MEDICINE (CAM) IN THE WORLD

For the present, the publication is the most extensive source of verified information on traditional, complementary and integrative medicine (TCIM, formerly CAM), being remarkably successful in the international arena. It is an important aid for discussions with the professional community in this area. It can also make a significant contribution to negotiations with national healthcare regulators. Last but not least, it also provides the general public with essential verified information on the potential benefits of TCIM for human health.


IT IS A TIME FOR A CHANGE - HEALTH KNOWS NO BOUNDARIES

IT IS A TIME FOR A CHANGE - HEALTH KNOWS NO BOUNDARIES